ADVENT Coalition is the principal adversary in XCOM 2. Ostensibly a human/alien coalition government, it is in reality a totalitarian state completely controlled by the aliens, the Elders.

In February of 2015, long distance scans indicated a number of large unidentified objects on a slow approach towards Earth. As agreed upon, the XCOM project was activated on February 10th, with key personnel assignments filled by the latest active candidates on file. In less than two months' time, open hostilities between the aliens and Earth's forces ravaged much of the planet's developed world leaving the survivors desperate and alone.

The military conquest was as brutal as they come. The Elders' opening salvo included bombing population centers with "fog pods", containers with biochemical weapons that caused mass panic and flight into the countryside, and prevented returns due to the effects of the "fog". It infected survivors and holdouts, reducing them into feral humanoids over time. Cities like London, Paris, or Moscow were left depopulated, while those spared commonly degenerated into lawless hellholes.

Valiant efforts by Earth military forces were unsuccessful. Although there was some limited success in taking down enemy aircraft, even battleships, they were outmatched and confrontations in the skies resulted in severe casualties, as enemy fliers crashed into populated areas. Land forces fared even worse, outmatched by Sectopod armored spearheads and Muton shock troops, supported by other alien races in the Elders' thrall. Eventually, humanity was forced to surrender and the ADVENT Coalition was formed.

ADVENT officially formed in July of 2015, when the coalition government was first proposed by a small group of human politicians who stepped forth intent on negotiating with the Elders. The lopsided defeat of Earth's conventional militaries, together with the destruction of XCOM and the capture of the commander is portrayed as an unfortunate consequence of human hostility, while the establishment of ADVENT a gesture of benevolence that has "effectively served humanity and created an environment of peace and prosperity" for two decades.

This image was created through a combination of genuine recovery efforts, including erection of new ADVENT cities built from the ground up to house human population in a safe, sheltered, and controlled environment, with smaller settlements scattered around them in ADVENT patrol zones. Wealth inequality was reintroduced deliberately, to keep the population divided and promote conformity: Model citizens would reside in ADVENT's pristine cities, while second-class citizens would live in poorly maintained slums.

Humans unwilling to live under ADVENT were forced to remain in the countryside and fend for themselves, living off the land, scavenging from abandoned cities ever under threat of the Lost, or join the resistance and risk crackdowns. ADVENT's benevolent image was carefully maintained through a combination of information control, suppression, and genuine welfare programs - all aimed not at supporting humanity in developing its potential, but keeping it docile for the purposes of the Avatar Project.

ADVENT is the sole remaining organized government on Earth and controls the vast majority of human society, including industry, law enforcement, military, and more. Humans play a role in government and are integral to the ADVENT's operations, as military officers,[1] scientists, administrators, propagandists, and more, and can advance in ADVENT society, gaining power, wealth, and reputation (including ADVENT decorations for their services).

However, crucial command and control positions are filled by aliens or hybrids. The latter are tuned into a global psionic network coordinated through the ADVENT Network Tower, the central hub of the alien Psionic network and their worldwide communications system. The network is shared among their troops, allowing an incredible capacity for logistics and communication. Before Operation Gatecrasher, it was linked to the XCOM Commander, and their unmatched mental acuity, strategic and tactical talents, and sheer tenacity were utilized to coordinate ADVENT operations by running endless wargames and military simulations to ensure ADVENT's supremacy. ADVENT's tactical capabilities were seriously crippled when the Commander was rescued by the resurgent XCOM.

The aliens' key areas of focus as directed towards the civilian populace are: recruitment of an increasing number of civilians into the city centers; nurturing an atmosphere of distrust to encourage self-reporting among city center inhabitants; encouragement of the belief that so-called "dissident groups" are to blame for perceived faults; disassociation of traditional beliefs and value systems in favor of adulation for the Elders.[2]

While projecting an image of being a human/alien alliance, ADVENT relies on purpose-grown hybrids. Tygan originally believed that ADVENT troopers were "recruited" from prisoners and unwitting volunteers, but XCOM's subsequent raid on the "Forge" facility, revealed that all troops were vat-grown clones derived from various genetic templates, with all the necessary skills and knowledge implanted directly into their brains through psionic chips.

Some ADVENT soldiers suffer from having defective implants, allowing them to realize their enslavement. While some of them remained within the organization and are eventually executed, others removed their implants and have reformed into a resistance group known as the Skirmishers. As mentioned by Pratal Mox during the Lost and Abandoned mission, deserters from ADVENT are actively hunted by the Chosen Assassin, who is referred to as the Butcher of Free ADVENT. Once the allegiances of the Skirmishers has been acquired, their troops will fight alongside XCOM in battle, and a Resistance Order available from them allows the squad to be randomly aided by independent ADVENT defectors on any given mission.[3]

Gene clinics are also open to ADVENT citizens for use, officially to provide healing, therapy, and perfecting their health and genetic code. Although these benefits are undeniable, ADVENT is using the clinics as a tool to conduct genetic census and abduct civilians with desirable genes for processing at blacksites, where they are broken down and refined into raw genetic code: A million people can be broken down into a vial roughly the size of a large can, containing their compiled genetic code. All in service of the Avatar Project.

Despite official propaganda stating that ADVENT's troopers are composed of human volunteers (however, no man or woman could claim to have personally known anyone who volunteered), and having specially designed armors that mirror the human form on the outside, there are telltale signs of their not-fully-human nature, ranging from ADVENT soldiers communicating in a non-human language in the field (likely that of the aliens, in the process earning them the moniker "Jabberers" by XCOM personnel) to their appearance without the helmets - ADVENT troopers are largely bald with grey irises, small, almost snake-like noses, and heavily pushed-back ears. This, combined with the fact that they bleed a sickly orange fluid similar in appearance to Sectoid blood was the basis for suggestion that ADVENT soldiers have universally been genetically modified by the aliens.

ADVENT uses airborne transports to deploy troops and also has interceptors at its disposal but they are never seen ingame, only mentioned by central during VIP missions.

An ADVENT Officer and two Troopers on alert.

An ADVENT Shieldbearer can boosts his allies defenses. 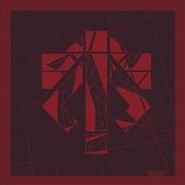 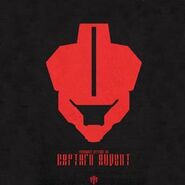