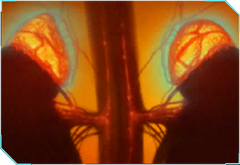 Adrenal Neurosympathy is one of the Gene Mods in XCOM: Enemy Within.

Grants a Combat Pheromones boost that increases Aim, Critical Chance, and Movement of nearby soldiers when an enemy is killed, but can only occur once per 5 turns.

This Gene Mod becomes available in the Genetics Lab after completing the Muton Autopsy research.