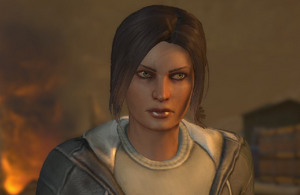 Annette Durand is a human civilian with powerful latent psionic abilities who is introduced in XCOM: Enemy Within as part of the Operation Progeny content pack. She is a pre-made, non-customizable hero unit, similar to Shaojie Zhang.

Annette is a young French woman with medium-length brunette hair. Like Shaojie Zhang, her facial appearance cannot be customized. She also has her own unique voice pack, which is noticeably less "professional" than other XCOM recruits. Additionally, she does not have a callsign, and will not be given one upon promotion.

Annette is encountered at the end of the Council Mission Deluge, which only appears after the player has successfully completed both the Council Mission Portent and the XCOM Base Defense mission. She can be recruited as a Sergeant with a randomly assigned class. She has higher than normal Will, and is also guaranteed to have the Gift if tested in the Psi Lab. This can give the player a guaranteed Volunteer if the random number generator does not assign any of their other operatives the Gift. 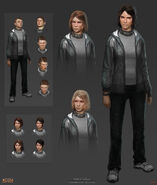 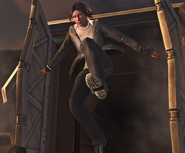 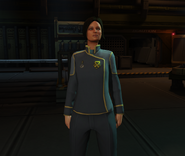