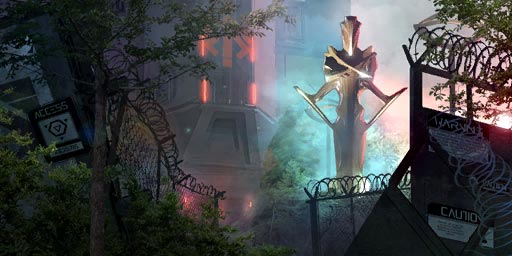 The Avatar Project is the main mission of ADVENT and The Elders during their presence on Earth. In the story of XCOM 2, it is one of the player's primary objectives to discover what the project entails and prevent its completion. Should the player fail in this task, they will lose the game.

The Avatar Project is a key gameplay mechanic that determines the aliens' progress towards victory; its completion means the end for XCOM. The project's progress meter (also called the Doom Counter) appears as a red 12 block bar located at the top of the screen on the Geoscape.

If all 12 blocks are completed, the Avatar Project enters its final stages, during which a countdown of fixed duration begins (24 days Rookie, 22.75 Veteran, 15 Commander, 27.33 Legend) [needs verification; rookie/commander]. If progress is not reduced in that time, by any means, the aliens will complete the project and XCOM is permanently destroyed through unexplained circumstances.

The Avatar Project may be delayed by inducing several decrease events, or permanently halted only through completion of the game.

These events will increase progress for the Avatar Project:

These events will decrease progress on the Avatar Project:

In the narrative of XCOM 2, it is revealed that the main goal of the project is the construction of new and improved bodies for the Elders, who are suffering from a severe muscular degenerative condition, induced by their inability to contain their psionic energies, and are thus at risk of extinction. Untold numbers of humans were abducted and subjected to brutal experiments in the name of finding a way to cure the condition, which culminated in the creation of new bodies, the eponymous Avatars. Forged from a mix of human and Elder DNA, these bodies would allow the Elders to live in forms that would safely contain their power, while allowing them to use their abilities at full potential.

Over the course of investigating the Avatar Project, XCOM recovers a number of components apparently crucial to the operation, ranging from a vial with human genetic sequences to what appears to be an incomplete prototype intended to be converted into an Avatar. Richard Tygan eventually surmises that in the event the Avatars were ever completed, the Elders would be unstoppable. A prototype Avatar is eventually summoned into battle against XCOM and summarily killed, causing the Elders to panic and resort to drastic measures, resulting in an all-out war for Earth. After tracking down the location of the Avatar Project's headquarters, sabotaging crucial parts of the operation along the way, XCOM finally confronts the few Avatars that have been constructed in the heart of the Elders' stronghold. While formidable opponents, XCOM eventually slays the Avatars, destroying the Elders and bringing their hold on Earth to an end.