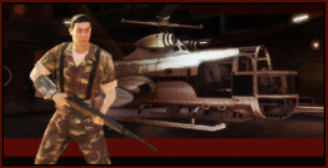 Dispatches are optional missions in The Bureau: XCOM Declassified that cannot be played like a conventional level, but instead are completed by literally dispatching available agents to do so.

Each dispatch mission has a Complexity rating, which translates into the required collective levels of one's agents, referred to as "Agent Strength".

Up to 6 agents can be dispatched at any given moment, though the roster will be locked in once the "Agent Strength" rating exceeds that of the level Complexity. Dispatched personnel cannot die while on duty, but became unavailable for one mission once deployed, after which they will return to base with secured alien tech and additional rewards. All agents sent on a dispatch will gain a level if the mission succeeds.

In addition to weaponry and backpacks, several named agents can be rewarded from dispatch missions. These personnel are given pre-determined names and appearance, and will appear the same way every time they are acquired, though the player can change their names from the roster if they so choose.