Edit
watch 01:20
XCOM: Enemy Within - Official Security Breach Trailer
Do you like this video?
Play Sound 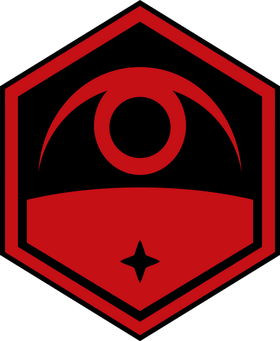 EXALT is a secret human paramilitary society determined to seize power while the governments of Earth are distracted with resisting the alien invasion in 2015.

They are the new enemy faction introduced in XCOM: Enemy Within. They conduct operations targeting XCOM starting in May (the 3rd month of the invasion). 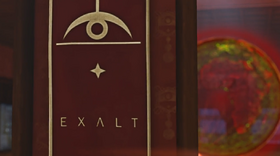 While not allied with the aliens, EXALT harbor transhumanist ideals and sympathize with the aliens' effort to evolve the human species; where others fear or resist the alien invasion, EXALT see it as their opportunity to acquire the resources they need to seize power. So, like XCOM, EXALT is operating in the shadows and endeavoring to recover alien technology and develop sophisticated human genetic modification protocols, but unlike XCOM, their ultimate goal is to establish a world government under their control. 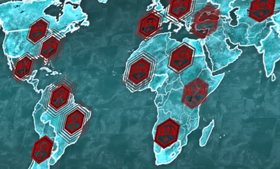 EXALT works to disrupt XCOM's activities as they see XCOM as a rival in the acquisition of alien technology and an impediment to the aliens' human experimentation. To this end, EXALT sets up sleeper cells in Council nations around the world; the cell's hidden presence magnifies the effects of any panic the country may receive. Furthermore a cell can go active, performing one of three different EXALT Operations against XCOM: Sabotage, steals funding from XCOM; Propaganda, increases panic in the country where the cell is located; or a Research Hack, reverses progress on the project currently being researched.

To counter EXALT's activities, the Council provides XCOM with additional resources which can be accessed via a new Covert Operations menu in the Situation Room.

In addition to the strategic threat posed by EXALT, the organization's paramilitary agents present a very real tactical threat during Covert Operations. The following EXALT soldiers may be encountered in the field: 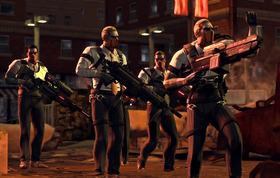 These paramilitary agents have abilities and equipment that match those utilized by XCOM. The Elite versions of each class not only have higher stats, additional abilities, and better equipment but also have been upgraded with extreme genetic modifications.

These Gene Mods are unavailable to XCOM soldiers (with the exception of Depth Perception) as they apparently transgress even Dr. Vahlen's ethical limitations on human experimentation. The EXALT gene mods also seem to be crude and less subtle, as some of the Elite agents are shown to have sickly, inhuman skin tones.

All EXALT operatives wear business clothing (white shirts and ties, occasionally a vest, matched with slacks or pin stripe pants) accompanied with gloves, tactical webbing, and red-and-orange striped bandannas that cover their faces. All EXALT agents also have tattoos on their arms; these are more clearly seen on the Elite soldiers who wear their shirt sleeves rolled up. Additionally, Elites can be identified by the chest armor they wear and the higher tech equipment they use. All EXALT operatives visibly carry sidearms, but they are never seen using them. This includes EXALT Heavies, even though the Heavy class cannot use sidearms.

Interestingly, EXALT's bandannas are available as a customization option in XCOM 2. 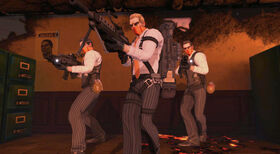 When first encountered, EXALT forces utilize conventional weapons that equal those of XCOM. In fact, EXALT weapons retain the same stats as their XCOM equivalents despite their visual differences; EXALT small arms are dark-colored, sleek or angular, and have elements reminiscent of modern real world (mixed western-european) firearms. As the game progresses, XCOM will encounter Elite soldiers who wear armor and utilize laser weapons and equipment that is also on par with XCOM's technology.

Although EXALT weapons have completely the same stats in game mechanics as the XCOM counterparts, they tend to fire in a visually different way like performing a different burst of fire in numbers of shots. This is purely cosmetic.

EXALT weapons can be recovered after a mission to be used by XCOM soldiers or can be sold via the Gray Market. Council members may request a stock of EXALT weapons in return for a larger cash bonus than would be received from a normal sale, similar to requests for pieces of alien technology.

Stats based on Normal difficulty:

An EXALT squad
Community content is available under CC-BY-SA unless otherwise noted.
Advertisement