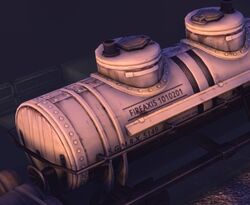 The "X-COM Fighter Alpha" arcade game can be found in the Barracks facility in XCOM Headquarters and on the Bar map available in multi-player or as a Terror Site mission. It features images of a soldier and a Sectoid from the original UFO: Enemy Unknown/X-COM: UFO Defense game. 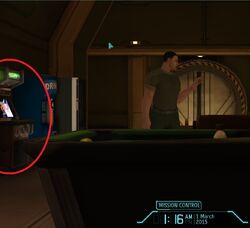 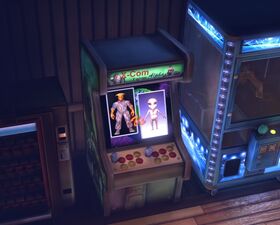 The comments made by soldiers during battle also occasionally include hidden references:

The reports that players can read after the completion of the research projects include several hidden references and themes:

Funny warning signs can be found in both the Engineering and Satellite Uplink facilities. 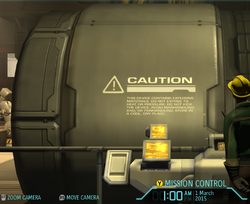 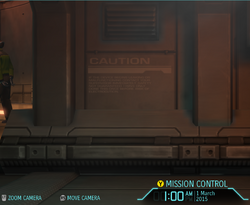 On the right most wall of the Research Labs facility, the serial code OG 1994 is printed. This is likely a reference to the 1994 release date of the original game.

After being built for the first time, both the Laser Rifle and Plasma Rifle each feature a test firing cinematic where the target is an image of an alien from the original game; a Sectoid and a Muton (respectively). 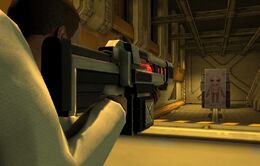 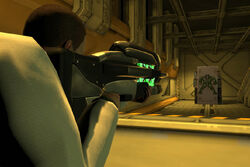 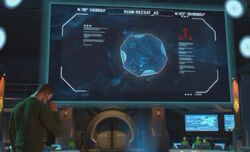 During the cinematic following shooting down the first UFO, the recon satellite imagery of the crash site displays a set of  Latitude and Longitude coordinates (N 38 3.59562 W 122 30.958157) which correspond with the 2K Games Corporate Office in California.

During the cinematic where the Alien Base is revealed, the recon satellite imagery of the base displays a set of Latitude and Longitude coordinates (N 39 31' 16.68 W 76 38' 46.82) which correspond with the Firaxis Games studio in Maryland.

When renaming your soldiers, entering certain names will unlock "hero" characters with extraordinarily high stats and advanced equipment load outs. Activating any of these characters disables Trophies/Achievements for that game. 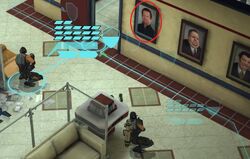 Inside the new bank map is a framed picture of producer Garth DeAngelis hanging alongside those of presumably some of the bank founders; Garth used to work as a VP for Bank of America before changing careers to work in the gaming industry.

During the Site Recon mission in Newfoundland, Bradford will comment on the crashed whaling ship stating "... at least it wasn't a cruise ship" and the after mission report mentioning alien interest in infesting marine life: A subtle nod to the infamous terror missions of X-COM: Terror From the Deep and the game itself respectively.