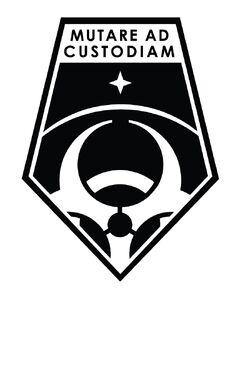 Gene Mods or Genetic Modifications (aka G-Mods) are new upgrades that can be taken by soldiers in XCOM: Enemy Within.

Using Meld to organically fuse elements of alien genetic adaptions into a soldier's body, Gene Mods grant the individual new super-human capabilities. Gene Mods are applied at the Genetics Lab, which can modify up to three soldiers at a time. Soldiers are removed from active duty for three days for each Gene Mod applied.

Gene Mods can be administered to any soldier except MEC Troopers. Soldiers with Gene Mods can undergo psionic testing and the genetic modifications stack with psi abilities. The Second Wave option "Mind Hates Matter" can be enabled to prevent this combination.

65 and it takes 3 days for each. One Gene Mod can be applied to each of the following areas of a soldier's body:

The following is a comparison of the rival Gene Mods for each body section. It should be noted that Gene Mods can be swapped at a latter time for their normal cost.

The usefulness of either mod is entirely dependent upon the presence and perceived threat level of psionic foes (Sectoid Commanders, Ethereals). Generally, it's best to spend Meld on other gene mods mid-to-late game.

Both mods are useful for their respective candidates and make good choices for early application.

Neither gene mod is particularly powerful or dramatically better than the other, though each is more suited to certain roles. Generally, it's best to spend Meld on other gene mods in the early game.

Both mods are useful for their respective candidates and make good choices for early application.

Both mods are useful and make good choices for early application, but Mimetic Skin is not recommended for soldiers who will wear Ghost Armor.

Not all soldiers are equal; some classes specialize in certain areas. Because of this, certain soldiers enjoy priority over others in receiving modifications since they can make better use of it than others.

The priority system also makes sense given that Meld and cash are often scarce especially in higher difficulties. This guide is not applicable in every possible situation.

This guide assumes you are already familiar with how the Gene Mods work and how they are obtained.

The Assault excels at fighting; whether offensive or defensive. They have several skills you can take to improve their survivability such as Tactical Sense, Lightning Reflexes, Extra Conditioning and Resilience. This means they are more difficult to kill and enjoys the highest priority.

Heavy needs to be at the frontlines. The Heavy has mobility issues: it needs "set-up" before using the Rocket Launcher or Suppression. Survivability is also a concern since the Heavy is often in the firing line.

Snipers are the least reliant on gene mods to be effective. They tend to stay far away from the battles. A few key mods will do and even then, there may be ways around their weaknesses (such as S.C.O.P.E.S. or Skeleton/Ghost/Archangel Armor). As such, there's no hurry to modify them.

The Support Class is the lowest priority for mods. Their skills (Medkits, Smoke Grenades and Overwatch) are powerful enough on their own and don't synergize as much with gene mods.

By hitting Tab repeatedly, you may be able to "slow forward" the situation until the movement has finished. This may require one or two minutes of switching soldiers as the animation is only forwarded one frame per tab-press. After this, the camera is stucked but you can give orders to the other soldiers. After ending this round, all returns back to normal.

A male soldier emerges from his first Gene Mod treatment. 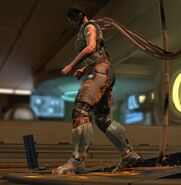 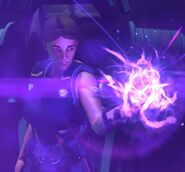 A gene-modded Sniper kills a Muton.