Any soldier class in XCOM 2 and XCOM 2: War of the Chosen can hack mission objectives. Notably, only the Specialist, SPARK and Reaper may perform hacking attempts of ADVENT Security Towers. However, not all three are equal to the task.

The Hack ability (with Remote Hacking) allows an XCOM Specialist to not only hack primary mission objectives, such as workstations, chests, doors and ADVENT Security Towers remotely, but a variety of additional mechanized units like ADVENT MECs and Turrets using the Haywire Protocol ability.

Specialists are able to increase their Hacking skill with each passing rank, eventually exceeding 150 with the appropriate upgrades, and their skill set contains multiple options for disposing of mechanized threats. Reapers and SPARKS will never exceed skills of 45 and 30 naturally, and although Reapers become invisible to Security Towers, neither is particulary effective.

The Hack ability has a 1 turn cooldown, while Haywire Protocol's is 4 turns.

A Specialist with the Haywire Protocol ability may attempt to shut down (stun/disable) a mechanized unit or take control of it entirely. Haywire Protocol is turn-ending, regardless of success or failure.

Targets vulnerable to hacking attempts and increased damage effects include:

The Codex and Gatekeeper are only vulnerable to some robotic damage effects.

Security Towers are fixed rotating structures emitting red light that can be found on many maps. Hacking them only cost one action and is not turn-ending.

Possible Rewards (2 of the following):

Possible Rewards (1 of the following pairs):

Mission Objectives are items such as workstations, cell doors, chests, bombs, UFO beacons, etc. Hacking a Mission Objective only costs one action and is not turn ending.

Possible Rewards (1 of the following pairs):

Possible Rewards (2 of the following):

The Skulljack is a main quest device which provides the ability to hack a single ADVENT Officer, Codex and Avatar. With the Skullmining upgrade, the Skulljack also grants the Skullmine skill which can be used once per mission on any ADVENT unit to instantly incapacitate them. A Skulljack device must be manufactured, equipped, and Skullmining researched at the Proving Ground facility before these abilities become available.

While not specific to the Specialist class, Skullmining is most effective with a high Hacking score, and adds +25 bonus to the user's Hacking score even when performing hacking with the GREMLIN or hand-held pad. The reverse isn't true as GREMLIN Hack Score bonus does NOT apply to Skulljacking or Skullmining attempts. 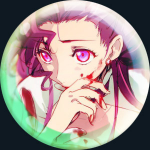