A Heavy Floater is an alien in XCOM: Enemy Unknown.

The Heavy Floater is a superior version of the Floater, boasting upgraded weapons and heavier armor. It is more accurate than the standard Floater unit, and has three times the health. The Heavy Floater loses no mobility from its extra armor and weapons, as its jump jets now glow green and seem to be more powerful. It has braces over its upper arms that seem to assist it in hefting its Plasma Rifle, particularly due to the fact that it seems to always fire said Plasma Rifle one-handed. The Heavy Floater has a net increase in accuracy however, apparently due to the night vision goggle-like helmet it wears.

Heavy Floaters first appear during the sixth month (August), or December if the "Marathon" Second Wave option is enabled. Their chance of being deployed declines over the following two months (Marathon: three months, from February to April 2016), to a rate on par with Berserkers.

The Heavy Floater works the same as the regular Floater, except they have more health pools than other Floaters. Even though their health is rated high, a Plasma Sniper Rifle can still one-shot a Heavy Floater. A Mindfray has a possible chance to instant-kill Heavy Floaters or Floaters. It can be thought of as an uprated, flying Muton; albeit with the same weaknesses- it even has an Alien Grenade, which combined with Bombard can easily steal an enemy's victory. It, like the Muton and Thin Man, has relatively average aim, so one shouldn't trust it to perfectly hit shots. Like most other aliens the Heavy Floater can suppress targets. An enemy using a Plasma Pistol or Assault Rifle- even the LMG or Sniper Rifle if one is daring- is a relatively unassuming threat due to the heavy Floater's health, but Laser Rifles, Light Plasma Rifles, and Plasma Rifles are a serious threat. The Muton Elite is very close to this unit in cost, but not only has more health, but also aim and particularly firepower- its Heavy Plasma Rifle will have a 60 percent chance to hit while flying, and it will always leave the Heavy Floater on 2-4 health, making even a lowly Assault Rifle able to finish it. 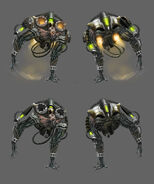 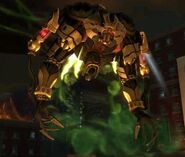 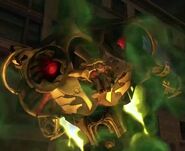 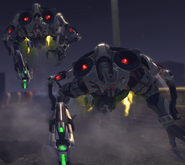