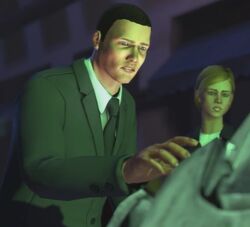 Humans are the dominant race of sentient beings on Earth who are attacked by alien invaders in the XCOM universe. They are the protagonists in The Bureau: XCOM Declassified, XCOM: Enemy Unknown and XCOM 2.

Humanity's homeworld is the planet Earth located in the Solar System. It is the third planet from the Sun and the only planet to naturally support life within the solar system.

Humans have a robust and hardy composition. They stand and stride bipedally. Their two upper limbs exhibit both strength and precision, with powerful musculature near the torso, and finely-controlled grasping mechanisms at the ends. These grasping organs bear five digits each, one of which is opposable, making humans highly effective tool users.

It is revealed in the XCOM games that humans are capable of carrying the psionic gift, a rare trait when considering the overall strength of humans when compared to other races who can also obtain it, such as Sectoids. Their combined strength, intelligence, and psionic potential have gained the attention of the Elders.

Prior to the alien invasion, human military technology is sub-par, using conventional weapons against the aliens' Plasma weapons and psionic powers. However, as the invasion progresses, XCOM uses alien technology in their research to quickly advance their technological standpoint. Conventional weapons still prove effective against the alien invaders until better alternatives are introduced.

During the Alien occupation and ADVENT's reign on Earth during the events of XCOM 2, hybridization of human and alien technology occured in various ways, enabling humanity to conquer many formerly uncurable diseases.

The year is 1962, JFK is President and the Cold War has the nation gripped by fear - but a far more powerful and insidious enemy than communism is threatening the United States of America: aliens are staging a secret invasion.

In the year 2015, humanity faces a massive global invasion by aliens. With the world's civilian populations becoming the target of frequent Alien Abductions and conventional militaries proving ineffective, a council of 16 countries unite to activate the top-secret XCOM Project which creates an organization that can counter and repel the alien invasion. The human soldiers of XCOM stand to become the world's greatest heroes as humanity's first and last line of defense, with one goal in mind; repel the alien invaders for good and preserve humanity.

In the year 2035, 20 years after the capitulation of the council and the failure of the first XCOM, the Aliens have taken over Earth. The new XCOM acts as a resistance against the Aliens' occupation. Most of Earth's population supports the Aliens, as they provide technological advancements to the human race and are unaware of the experimentation they are undergoing in support of the Aliens' top secret Avatar Project. Instead of being heralded defenders, XCOM operatives are now hunted by ADVENT, a puppet government, and its collaborators all over the world and have to fight an uphill battle against them to expose the truth. XCOM's goal is to stop the Avatar Project, save humanity, and expose the lies of ADVENT and the aliens. 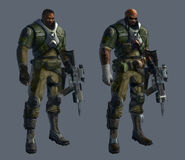 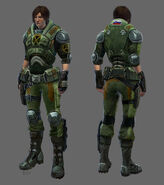 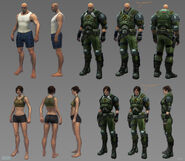 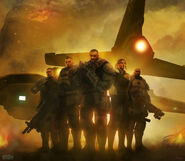