Edit
watch 01:51
XCOM 2: War of the Chosen - Inside Look: The Reaper
Do you like this video?
Play Sound

The Reapers are a Resistance faction introduced in the XCOM 2 expansion, War of the Chosen. Although they are consistently referred to as Reapers, their specific name and insignia are randomly generated or selected with every playthrough (see infobox and this section). Click here to generate another set.

The Reapers are one of the three Resistance factions actively hunting The Chosen. Living on the outskirts of ADVENT cities led by a Reaper named Volk, the Reapers use stealth and trickery to best their opponents. Reapers typically wear hoods and specialized night vision masks in order to conceal themselves, and are armed with Claymore explosives and Vektor Rifles.

Reaper Resistance Orders focus on improving the support of XCOM by the Earth's Resistance movement.

Reapers are a hero unit class in XCOM 2. They are armed with a Vektor Rifle and Claymore as their primary and secondary weapons respectively, and take advantage of a unique form of Concealment known as Shadow Mode.

When attacking from Shadow Mode, Reapers only have a chance to be revealed, unlike normal concealment. This chance begins at 0%, then increases immediately to 50% right after the first shot and rolls percentage to reveal and increases with subsequent attacks, actions such as revive dazed soldiers raise reveal chance by 10%, so if the Reaper learns Silent Killer and only scores kill shot, the soldier won't be revealed.

Reapers are not revealed with the rest of the squad and vice versa. However, if the Reaper breaks shadow by attacking, the whole squad will be revealed. The Reaper has an ability to immediately place them back into Shadow - similar to the Ranger's Conceal ability - with a single charge per mission.

In the Lost and Abandoned story mission, a Reaper with the fixed name "Elena 'Outrider' Dragunova" appears as a playable soldier, and is awarded to you as your first Reaper hero unit as a reward for completing the mission.

Resistance Faction hero units are not promoted like traditional XCOM soldiers. Instead, they gain ability points with every promotion to spend on their abilities. A resistance faction unit can buy multiple abilities from the same rank, but requires that rank to purchase it. Players may use ability points from both the unit's own reserves and the shared XCOM pool of ability points to purchase abilities.

As with all Resistance Faction hero units, Reapers can also buy abilities typically used by normal XCOM soldiers for use in the field. The Reaper in particular is able to purchase some Sharpshooter abilities like Squadsight and Kill Zone. 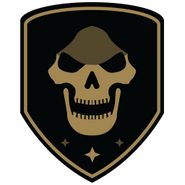 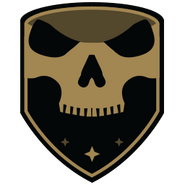 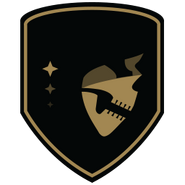 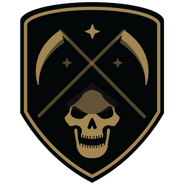 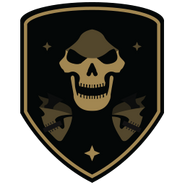 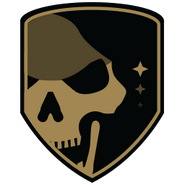 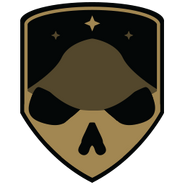 A Reaper opens fire on a Sectoid.