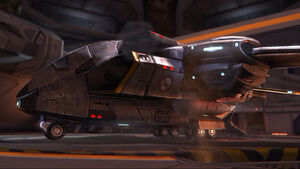 The Skyranger is a Vertical Take-Off and Landing (VTOL) troop transport aircraft utilized by XCOM in XCOM: Enemy Unknown. This vehicle transports the player's squad from XCOM headquarters to any location around the globe and vice versa. Given the relatively short travel times to these distant places around the world, the Skyranger is likely capable of hypersonic flight.

As only one Skyranger is ever seen and none can otherwise be obtained, it is reasonable to assume that the same craft is used in all missions. This Skyranger has the designation Voodoo Three-One and is flown by a male pilot answering to the call sign Big Sky.

As revealed in XCOM 2's Alien Hunters DLC, the original Skyranger was shot down at some point during Earth's fall, though Big Sky's fate is unknown, the vehicle's remains were stranded in the wilderness for the next twenty years. The reborn XCOM can locate the vessel during the course of the fight against the aliens, recovering some useful gear from the site in the process.

A small replica of the Skyranger can be glimpsed in the Commander's quarters aboard the Avenger. At some point, a new model of the Skyranger succeeds the original. Manned by Firebrand, it fulfills the same role, transportation of XCOM's soldiers to and from the battlefield.

You start the game with one Skyranger and you cannot purchase any more.

(*)The Air and Space bonus halves the cost. 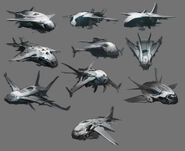 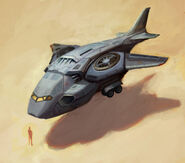 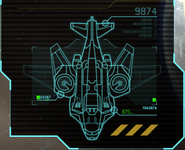 The Skyranger returns to base.

The Skyranger arrives on site.

The Skyranger returning from the final mission.

The Skyranger's pilot, Big Sky. (Artwork not used in game.)

Downed Skyranger by Piero Macgowan
Add a photo to this gallery
Retrieved from "https://xcom.fandom.com/wiki/Skyranger_(XCOM:_Enemy_Unknown)?oldid=48116"
Community content is available under CC-BY-SA unless otherwise noted.