Not to be confused with the XCOM 2 Grenadier class ability.

Suppression is an ability of the Heavy Class, Thin Men, Heavy Floaters, Mutons, and Muton Elites in XCOM: Enemy Unknown. S.H.I.V.s of all types can also gain this ability with the S.H.I.V. Suppression upgrade. The Support Class can be trained to use a functionally identical ability, Rifle Suppression.

Suppression can be useful for pinning down a target, especially when soldiers are otherwise unlikely to hit or kill it. This can buy time to get soldiers to cover or into position to flank the enemy. Suppression is capable of destroying cover, leaving the enemy exposed to fire (and increased critical hit chances) from the rest of the squad. This promotion is especially useful for neutralizing Sectopods (or Mechtoids in XCOM: Enemy Within) who can fire twice per turn.

Suppression, like Smoke Grenades and Flashbang Grenades, often encourages enemies to choose alternative forms of attack (grenades, poison, psionics, etc) which are not affected by the Aim penalty; none of these actions trigger the reaction fire from Suppression, nor do they rely on Aim chance to hit. Therefore, enemies lacking in any effective alternative offensive actions are more suitable targets for Suppression, while enemies with alternate attacks should simply be attacked and killed if possible. A special exception is the Sectopod for several reasons. Firstly, although its Cluster Bomb secondary attack ability is very damaging, the delayed nature of its targeting system is more manageable; during the extra turn it takes to prepare the ability, the player can either evacuate their squad members (and/or any friendly units) from the to-be-affected area, or simply destroy the Sectopod in the turn before the Cluster Bomb impacts. Secondly, the Sectopod's ability to fire its highly damaging cannon twice per turn means that using Suppression to discourage it from firing is an attractive option if there are wounded XCOM squad members already within its cannon's range, thus allowing them to fire at the Sectopod instead of retreating.

Suppression is often less effective at preventing enemies from hitting their targets on the higher difficulties simply because most enemies have a higher Aim stat at those difficulty settings; instead, at combination of least two (or more) Aim-penalizing effects are required to reliably disable a target's weapon fire. Unless the player has prepared a highly coordinated planned setup using these abilities, it is often better to Hunker Down if an alien has sight on an XCOM soldier, to retreat and enter Overwatch, or to simply attempt to neutralize the enemies with direct attacks.

Suppression can be used to negate an enemy's Overwatch which can be a nice secondary option to using an Assault with Lightning Reflexes to draw fire; that said, if multiple aliens go on Overwatch, it may be better just have the squad hold their positions, and take a free turn's worth of potshots at the enemy without fear of retaliation.

While Suppression can be used to "lockdown" an exposed target or to prevent an enemy from moving into a flanking position, it can be argued that entering Overwatch is more effective as doing so can potentially lockdown multiple enemies AND deter other foes in cover from moving. Suppression tends to be more effective when there are other factors that might trigger (and thus neutralize) Overwatch such as if melee enemies are present or if there is a chance of another hostile pack joining the fight that turn. Alternatively, if an enemy (ideally with no non-Aim reliant secondary attack abilities) is already in a good firing position and is very likely to attack without moving further, but the squad is not in a good position to kill it immediately, then Suppression can encourage it to stay put, fire, and more likely miss.

Regardless of the synergies and tactics used with Suppression, players who incorporate heavy use of this ability will find the Ammo Conservation research at the Foundry to be particularly beneficial, as Suppression immediately expends 2 units of ammunition, and if Reaction Fire is triggered by enemy movement it will expend a 3rd unit of ammo, and potentially require a 4th unit of ammo for an additional Rapid Reaction attack (consider the normal capacity of 3 ammo) from an LMG-class weapon. This heavy ammo consumption can end up necessitating a reload every other turn. The aforementioned research upgrade doubles the ammo capacity of an LMG to 6 attacks, for which a Suppression-focused Heavy will arguably find the most benefit, compared to any other class build.

The Reaction Fire attack caused by Suppression is always affected by the Cover Aim penalty, if the enemy is in a cover.

Where Suppression shines is how well it synergizes with Heavy class abilities from the right side of the promotion tree. Holo-Targeting + Suppression reduces the enemy's Aim while simultaneously increasing other soldiers' Aim against high priority targets, increasing the odds of its destruction, and penalizing its Aim even if it survives. Danger Zone + Suppression increases the Suppression effect from a single target to a small area, which can result in suppressing multiple targets at once and potentially granting reactive fire on any one of the targets. Mayhem + Suppression offers minor, reliable AoE damage with Suppression; this is especially useful for mopping up multiple weakened aliens or dealing a small amount of guaranteed damage when a regular shot is unlikely to hit, which can synergize well with carefully calculated grenade and rocket attacks to obtain a high probability of inflicting multiple simultaneous enemy casualties. 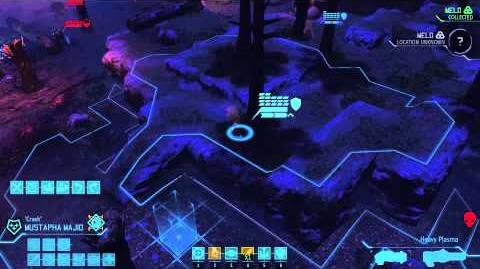