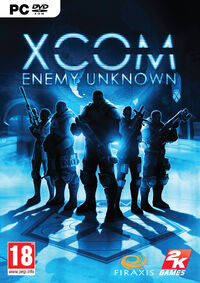 Yesterday, as most of us fanatics know, XCOM: Enemy Unknown was released. A few critics have weighed in with their thoughts about the game. Here are a few snippets from publications on both the Internet and print. Make sure to voice your opinions on the matter below

Gamespy
Score: 100/100
Each mission is like a hand of poker -- a skilled player will win most of the time by calculating odds and making safe bets, but when the luck of the cards turns against you, the best you can do is minimize your losses. I've had hot streaks where I've hit every reckless 30% shot I took, and conversely single turns where I've missed multiple sure-thing 80% shots. That random element means you can do everything right and still lose, and makes keeping a squad alive long enough to become elite veterans a real challenge.

EGM
Score: 95/100
To say that XCOM: Enemy Unknown is a phenomenal remake would be selling Firaxis' monumental accomplishment short. The developer hasn't just managed to capture the spirit of the original; they've also tweaked, trimmed, and innovated enough to deliver the freshest, most engaging strategy game in recent memory, if not ever.

Game Informer
Score: 95/100
Firaxis’ outstanding design strips away every last vestige of tedium from combat while maintaining the agency that makes the original such a classic. Though each soldier’s actions are constrained to a basic list, the tactical possibilities are as broad as your imagination: Park a sniper up on a roof and bait the enemy into his killzone, set up behind heavy cover and breach a wall with a rocket, or occupy the enemy with suppression from cover while flanking with a second team.

G4
Score: 90/100
Even if you never played the original, XCOM: Enemy Unknown is turn-based tactics and management at its finest, and a perfect introduction to the genre...It's an exceptionally solid return for the series, and one that every turn-based tactics fan should experience.

Gamespot
Score: 85/100
A wonderful and worthy strategy game with a layer of campy charm that makes the stone-faced seriousness of the game's characters all the more endearing. It's also remarkably accessible, thanks to a great interface that feels comfortable whether you're using a keyboard and mouse or have a controller in your hand.

Thought It Was Okay

Gameblog.fr
Score: 70/100
Despite some bugs and average production values, Firaxis convincingly restores XCOM to life: its difficulty, management and tactical gameplay are there. Very nice to explore, Enemy Unknown leaves you with but one desire: to play a sequel that is richer and prettier than ever. Get to work!

No reviewers have written a negative review of this game.

Now it's time for Wikians to review XCOM: Enemy Unknown. If you pick up a copy, post your thoughts in the comments or post your own blog!

Retrieved from "https://xcom.fandom.com/wiki/User_blog:Wagnike2/XCOM:_Enemy_Unknown_-_Review_Roundup?oldid=4912"
Community content is available under CC-BY-SA unless otherwise noted.