The Viper is an alien encountered in XCOM 2. It serves as a support and assault unit, on par with the evolved Sectoid.

They first appear in April as pod leaders for ADVENT forces. They start the transition from leader to support troop in May (June on Legend). At this point, pods with multiple Vipers or combinations of Viper + other aliens are possible.

This female reptilian alien is a deadly combination of strength and speed. This is the true form of the Thin Men from XCOM: Enemy Unknown. It is initially assumed that Thin Men had fallen out of use as the aliens did not need infiltration units after Earth's surrender, however this was debunked with the introduction of the Faceless.

Despite their resemblance to terrestrial snakes, the Viper is actually a wholly extraterrestrial species unmodified by human DNA. However, it retains the modified Thin Man's poison and high accuracy, combat abilities and intelligence. 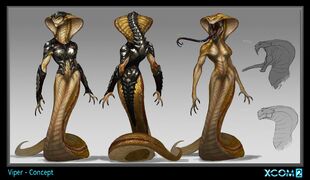 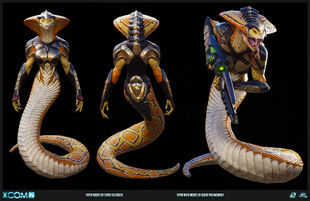 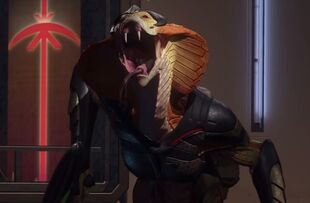 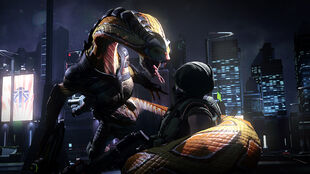 A Viper binding a Specialist. 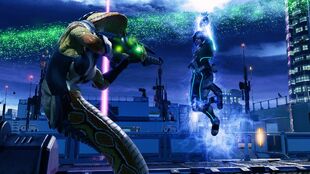 A Viper tries to defend an ADVENT facility. 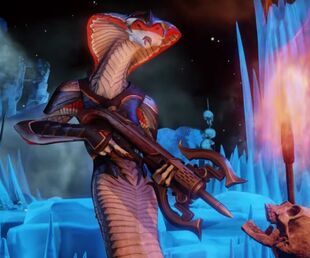 Vipers of a different stripe lurk in the Alien Nest from the Alien Hunters DLC. 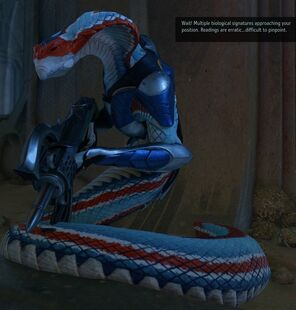 A viper variant encountered in the Alien Hunters DLC mission.

Viper initiating Bind and Crush on an Operative
Community content is available under CC-BY-SA unless otherwise noted.
Advertisement