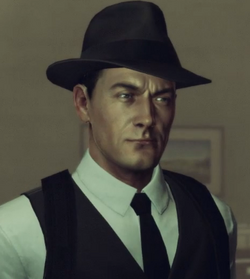 William James Carter is the lead character in The Bureau: XCOM Declassified. Carter is a former war hero and CIA agent (2nd class) recruited by Director Faulke to be a member of the Bureau.

William Carter appears in the game The Bureau: XCOM Declassified and is voiced by Mark Hildreth. He also appears as an XCOM Hero in XCOM: Enemy Within.

As an agent, Carter is the primary protagonist for much of the main campaign until after the assault on the Zudjari homeworld, where it is revealed that it was not "Carter" who was in action this whole time, rather it was Asaru, the Ethereal inhabiting his consciousness. Carter, refusing to be slaved to another being, briefly breaks free of Asaru's control near the end of the campaign and threatens to kill them both with a bomb should Asaru decide to stay in him.

If Asaru leaves his body, Carter is then knocked out cold by the Ethereal's new host and becomes inactive for the first half of the final mission, after which he resumes his pursuit of the host, hell-bent on exacting vengeance and injuring Leon Barnes in the process. When the player is presented with a choice of who to save sometime later, Carter will go to the unchosen party's aid, though ultimately fails to prevent their death.

Finally, he will attempt a final attack on Asaru's new host at the entrance to the Mosaic chamber where he is restrained. It is impossible to talk him out of attacking, but the player character can have whoever they've saved knock him out and take him back to the Avenger. The other option is to shoot him, which renders him dead.

Either way, agent Carter is not seen or heard from again after this point. 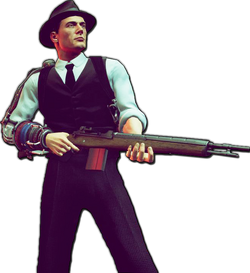 Agent Carter is a squad leader and able to enter Battle Focus mode to activate his own enhanced abilities and to issue his team combat orders or activate their abilities. Carter can be advanced to Rank 10. As Squad Leader, Carter has his own unique set of abilities as he ranks up including:

Carter's appearance as a hidden Hero unit in XCOM: Enemy Within.
Add a photo to this gallery
Retrieved from "https://xcom.fandom.com/wiki/William_Carter?oldid=47727"
Community content is available under CC-BY-SA unless otherwise noted.