XCOM: Enemy Unknown was released on October 9th, 2012 in North America and on October 12th internationally. Pre-orders of the game received free codes for the Elite Soldier Pack DLC. A Special Edition of the game was available exclusively to the PC and contained an art book, fold-out poster of the XCOM headquarters, XCOM insignia patch, soundtrack, special art, and more.[2]

An "Elite Edition" containing all previously-released DLC was announced as a Feral Interactive exclusive for Mac OS X on 26th February 2013[7] and was released 25th April 2013.[8] In June 2014, Feral Ineractive released both XCOM: Enemy Unknown and its expansion pack XCOM: Enemy Within for Linux.

An iOS version of XCOM: Enemy Unknown was announced the 24th of March 2013 during a presentation by 2K Games at PAX East 2013.[9] The game port was overseen by Firaxis but handled by 2K China and will be playable on the iPad, iPhone, and iPod Touch. Jake Solomon revealed to IGN that the iOS version would not have paid power ups.[10] The iOS version was released on the 19th of June 2013 at a price of $19.99.

An Android version of XCOM: Enemy Unknown was released on the 23rd of April 2014. It is currently unavailable through the Google Play store. It is available through Amazon Appstore but with artificially limited device compatibility only for Amazon Kindle Tablet HD devices. More recently, an enhanced version has returned to all markets, with gameplay enhancements including the entirety of Enemy Within included, costing $9.99 at launch.

A version of the game titled XCOM: Enemy Unknown Plus was released for the Playstation Vita on the 22nd of March 2016, with content similar to that of the later mobile ports.[11] 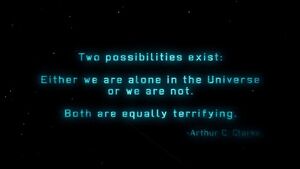 Threatened by an unknown enemy, the Earth’s governments unite to form an elite paramilitary organization, known as XCOM, to combat this extraterrestrial attack. As the commander of XCOM, you control the global defense team in a battle against a terrifying alien invasion by creating a fully operational base, researching alien technologies, planning combat missions, and controlling soldier movement in battle.[12]

Strategic Base: Recruit, customize and train unique soldiers, research new and exotic technologies, and manage your personnel as you build and expand your XCOM headquarters.

Worldwide Threat: Combat spans the globe as you use the Skyranger to deploy squads to engage the enemy on over 70 unique maps, detect and intercept the alien UFOs in the skies, and interact and negotiate with governments around the world.

XCOM's soldiers are humanity's first and last line of defense against the alien invaders and serve as the primary and most valuable combat units in XCOM: Enemy Unknown. Soldiers are initially fielded in squads of four but this number can be expanded up to a maximum of six as the game progresses. Soldiers' deaths are permanent, but those who survive long enough to graduate from the Rookie rank will gain one of the following specialized classes:

These veterans can bring a staggering variety of deadly abilities to the battlefield as they rank up. Soldiers can be further customized through the option to change their physical appearances and names and outfitting them with the latest weapons and equipment developed by your research team.

By researching new tech, players will gain access to upgrades such as body armor and weapons, as well as gaining access to new facilities. By interrogating captured live aliens, players gain Research credits which can greatly speed up the research process. 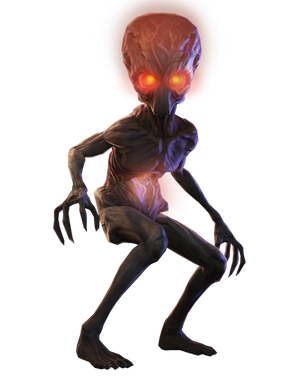 Players will fight a multitude of alien species including:

Players who pre-ordered the game received access to the Elite Soldier Pack, which adds a variety of cosmetic options to customize their squad's look including a number of color and aesthetic armor upgrades and a new flattop hairstyle inspired by the original X-COM: UFO Defense. Players who pre-ordered on Steam also received a copy of Civilization V. 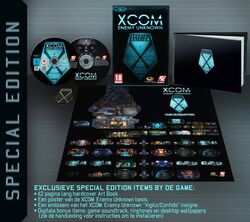 The XCOM: Enemy Unknown Special Edition launched with the above pre-order bonuses as well as an exclusive art book, a fold-out poster of the XCOM headquarters, an XCOM insignia patch, and a collection of digital bonus assets such as desktop wallpaper, soundtrack, and more. 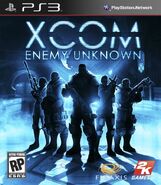 PS3 box cover
Add a photo to this gallery

Retrieved from "https://xcom.fandom.com/wiki/XCOM:_Enemy_Unknown?oldid=49160"
Community content is available under CC-BY-SA unless otherwise noted.