Edit
watch 01:39
Official XCOM 2 Launch Trailer
Do you like this video?
Play Sound

http://www.xcom.com
XCOM 2 is a turn-based strategy game sequel to XCOM: Enemy Unknown by Firaxis Games, released on the 5th of February 2016 on Windows PC, Macintosh and Linux[1].

XCOM 2 has been largely well received by critics with a current Metacritic rating of 88% based on 82 reviews. GameWatcher gave it a score of 9 out of 10, saying "Could we already have a Game of the Year contender? Let's see if we remember it come December, but right now every fan of XCOM: Enemy Unknown should pick up XCOM 2". GameSpot gives it a rating of 9 out of 10, calling it "exhilarating, even in the face of failure. It's compelling, even though we often lose. Victory is the goal, but that's just an afterthought here - it's the complex journey that counts."

Console ports of XCOM 2 were officially announced on the 7th of June 2016; Firaxis partnered with developer The Workshop to produce the ports.[4] The Xbox One and PlayStation 4 versions were released in North America on September 27, 2016. A Nintendo Switch version was released on May 29, 2020.[5]

Twenty years have passed since world leaders offered an unconditional surrender to the alien forces, and XCOM, the planet's last line of defense, was left decimated and scattered. Now the aliens rule Earth, building shining cities that promise a brilliant future for humanity on the surface while concealing a sinister agenda and eliminating all who dissent from their new order.

Only those who live on the edges of the world have a margin of freedom. Here, a force gathers once again to stand up for humanity. Always on the run, the remnant XCOM forces must find a way to rise from the ashes, expose the insidious truth behind the occupation and eliminate the alien threat once and for all.

XCOM ON THE RUN
Take command of the Avenger, an alien supply craft converted to XCOM's mobile headquarters. Guide your strike force around the world, build popular support and expose the aliens' sinister plans.

RESEARCH, DEVELOP AND UPGRADE
Configure and build rooms on the Avenger to give XCOM new capabilities on the battlefield. Use your scientists and engineers to research and develop and upgrade weapons and armor to fit your preferred tactics.

A NEW BREED OF ENEMY
A diverse cast of enemies from powerful new alien species to the ADVENT, enforcers of the alien regime, offer a distinct tactical challenge.

TACTICAL GUERILLA COMBAT
New gameplay systems offer more tactical flexibility in combat. The state of the world affects each combat missions environment. Use concealment to ambush enemy patrols. Loot enemies for precious gear and artifacts. Rescue VIPs and save fallen comrades by carrying them to the extraction point.

RECRUIT RESISTANCE FIGHTERS
Five soldier classes each with its own skill tree including new class abilities like Momentum, let you create specific soldiers for your tactical plan.

EACH MISSION IS A UNIQUE CHALLENGE
Go on missions around the world from wildlands to the heart of alien controlled megacities, to the depths of alien installations. There are virtually infinite combinations of maps, missions and goals.

CHOOSE YOUR DIFFICULTY
Select one of four difficulty modes at the start of the game and adjust it while you play.

ENGAGE IN HEAD TO HEAD MULTIPLAYER
Mix and match squads of humans and aliens to do battle head to head on randomly generated maps.

Soldiers have several specializations available, known as classes. Soldiers can belong to one of five classes:

The War of the Chosen DLC adds 3 new classes as well.

Research is the primary way in which new technology, equipment and facilities are unlocked in XCOM 2. Research projects include the study and reverse-engineering of recovered alien technologies and autopsies on alien and ADVENT corpses.

XCOM 2 features a wide array of enemies ranging from the eponymous aliens to ADVENT forces.

Two special editions of XCOM 2 are available that include varying amounts of the above DLC.

The XCOM 2 Digital Deluxe Edition includes the base game, the digital soundtrack (which is unavailable for purchase otherwise), and the Reinforcement Pack, which itself includes Anarchy's Children, Alien Hunters, and Shen's Last Gift.[6]

The XCOM 2 Collection includes the base game, the Resistance Warrior Pack, the Reinforcement Pack (including Anarchy's Children, Alien Hunters, and Shen's Last Gift), War of the Chosen, and War of the Chosen – Tactical Legacy Pack.[7] 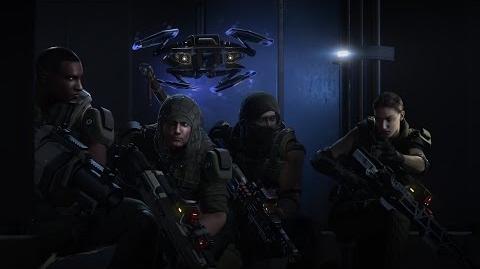 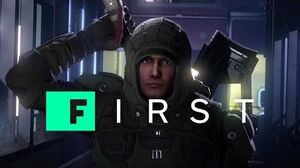 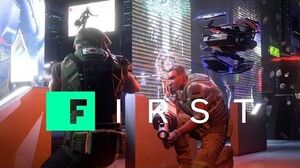 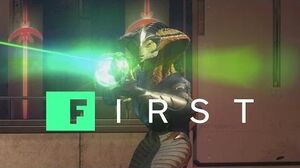 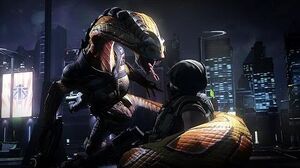 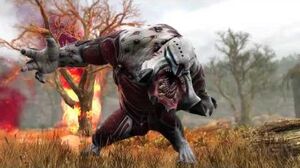 XCOM 2 Join Us Or Become Them Trailer 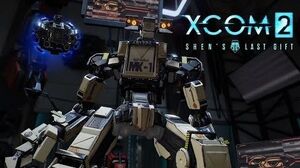